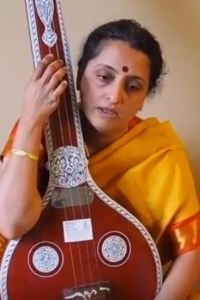 Chitra Srikrishna, carnatic musician and writer, is a graded artist of All India Radio. As a vocalist for over two decades, she’s performed live, on the radio, and television,  across India, the USA, Canada, Malaysia, and Singapore. Her classical albums include devotional poetry of Tamil alwars & Dasa kritis, & thematic compositions on Rama and Hanuman. She’s the co-creator and musical force behind HumRaag a show which explores the classical roots of Indian popular music. Chitra writes for Citizen Matters blogs for Sruti magazine runs the podcast Raga Ruminations and was the producer of RaagTime, a radio program on Indian music in Columbus, Ohio. Her program Bhakthi traces the musical journey of the mystics of India. Antah Prerna debuted in July 2018 at the Bangalore International Centre and the McConnell Arts Centre in February 2019 in the US. Carnatic in Corona Times is a video series around music for pandemic times. 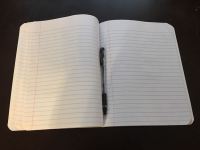 Chitra is an avid writer, whose work has appeared in Deccan Herald, The Hindu, Mint, San Jose Mercury News, Explocity and other publications. Between music, her children and a husband who is an entrepreneur, she has a never-ending source of inspiration for her first-person essays, middles, and the occasional travel article. Her stories have featured in the Chicken Soup for the Soul series. She also writes a music column for Citizen Matters blogs for Sruti magazine and has recently published her first romance novella under a pseudonym. Early in her career, she worked as a technical writer for a software company in the San Francisco Bay area and has been the editor of an online music portal. Being a musician, writer, and speaker, Chitra has used her talents to collaborate across many types of artistic ventures.